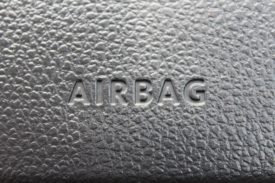 FORT LAUDERDALE, Fla. (AP) — A Florida woman died because a faulty air bag ruptured and fired shrapnel into her head during a crash she should have survived, a report released Wednesday by the state’s Highway Patrol said.

Nichol Barker, 34, of Holiday, Florida, was struck by metal pieces that burst through the Takata airbag, causing a 6-inch (15-centimeter) by 3-inch (8-centimeter) gaping wound to her left temple, a fractured skull and bruising and bleeding on her brain, according to the report written by Sgt. Chester T. Everett, the lead investigator.

Read the entire story on the ABC Action News Website